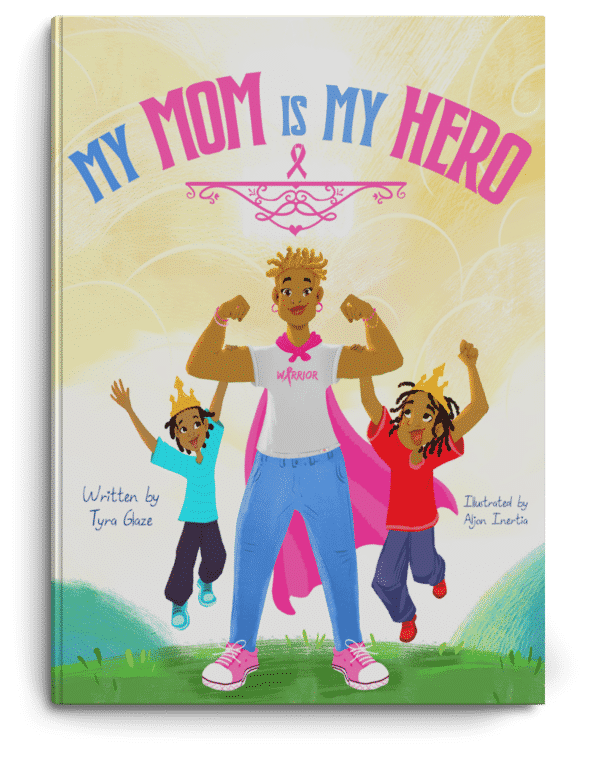 How do you even begin a conversation about cancer with your children?

Family is everything to Tyra. Being a great Mom to her boys is the most important thing to her. Journey with Tyra and her family as they lovingly make their way through a diagnosis of breast cancer. Her faith and her “young kings” keep her going strong, and her boys see her as their “Superhero!”

Tyra Glaze is a single mother of two young kings, Le’Vanjtae (16) and Le’Que’vion (13). Her family is from Albany, GA. In March of 2013 at the age of 29, Tyra was diagnosed with Triple Negative Breast Cancer. At the time, her young kings were ages 7 and 4. After hearing the words, “you have breast cancer,” Tyra was very devasted BUT determined to FIGHT!

Her greatest motivation and reason to FIGHT breast cancer were her two kings. Tyra believed that “God gives HIS toughest battles to His strongest soldiers!” With God, all things were possible, and in September of 2013, Tyra completed her treatment plan of chemotherapy, surgery (bi-lateral mastectomy), and radiation. Since then, Tyra has truly exemplified her strength as a “Warrior” and a “Hero” to her sons, family, friends, and others. Tyra shares her story “Fierce Fight” (featured on Susan Komen) to encourage others that are in the FIGHT or have been through the FIGHT or have been through the FIGHT of coping with breast cancer.

“Cancer is just a comma and not a period.”